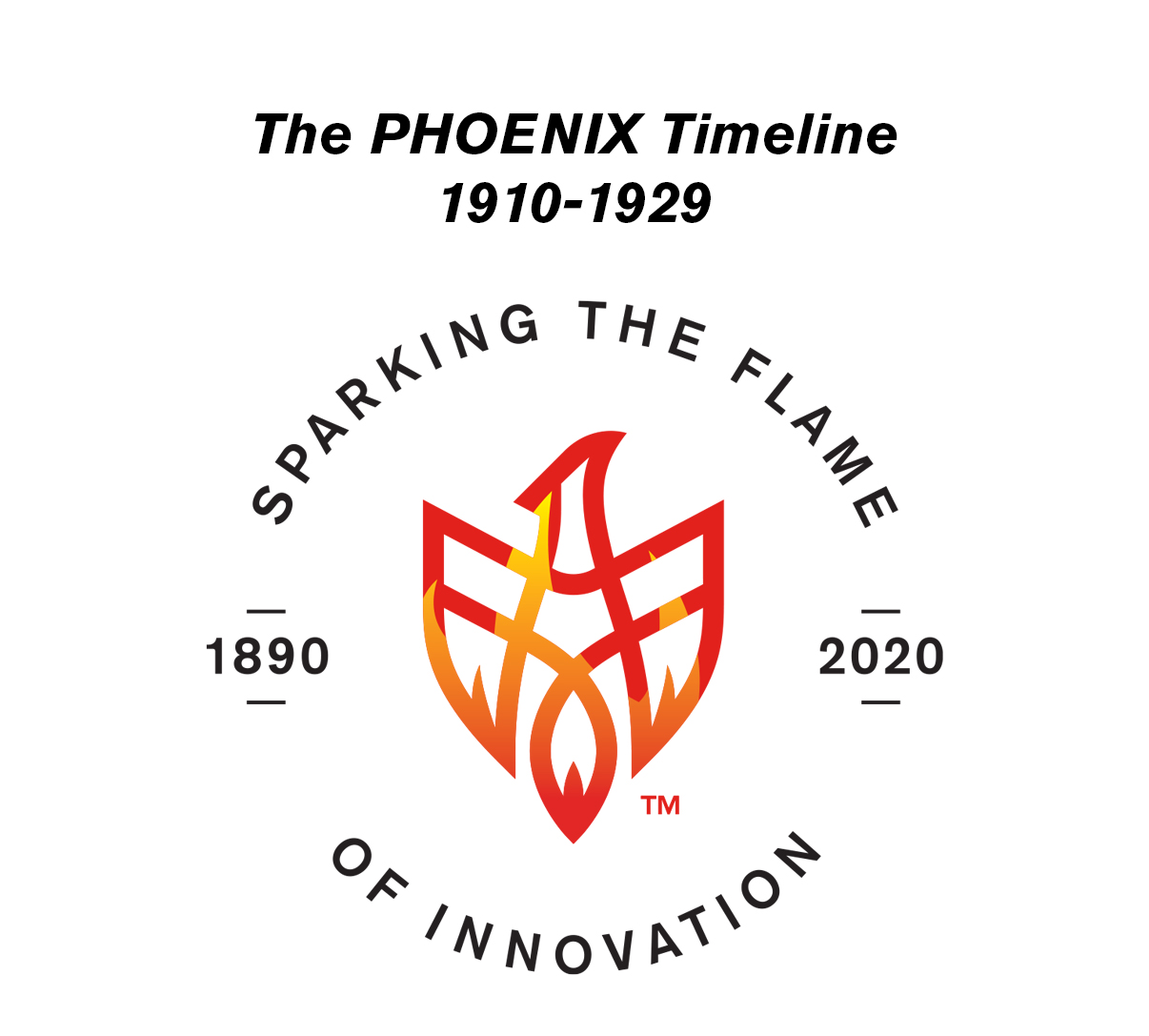 PHOENIX continued to innovate the packaging industry in the early part of the century. After joining with Hermetic Closure of Chicago and forming Phoenix-Hermetic Co. the Cinch Cap, a cap with a flowed in rubber composition gasket was introduced creating a leak-free seal.

However, the most impactful innovation of the 1920s was the development of the Continuous Thread Closure, a technology that is still used today. The ability to standardize the thread on the closures allowed caps to universally fit different bottles and simplified the packing process.

The country experienced a rollercoaster in this twenty year time span of history. WWI, Prohibition, Women’s Suffrage, the roaring 20s all culminated with the defining stock market crash of 1929.